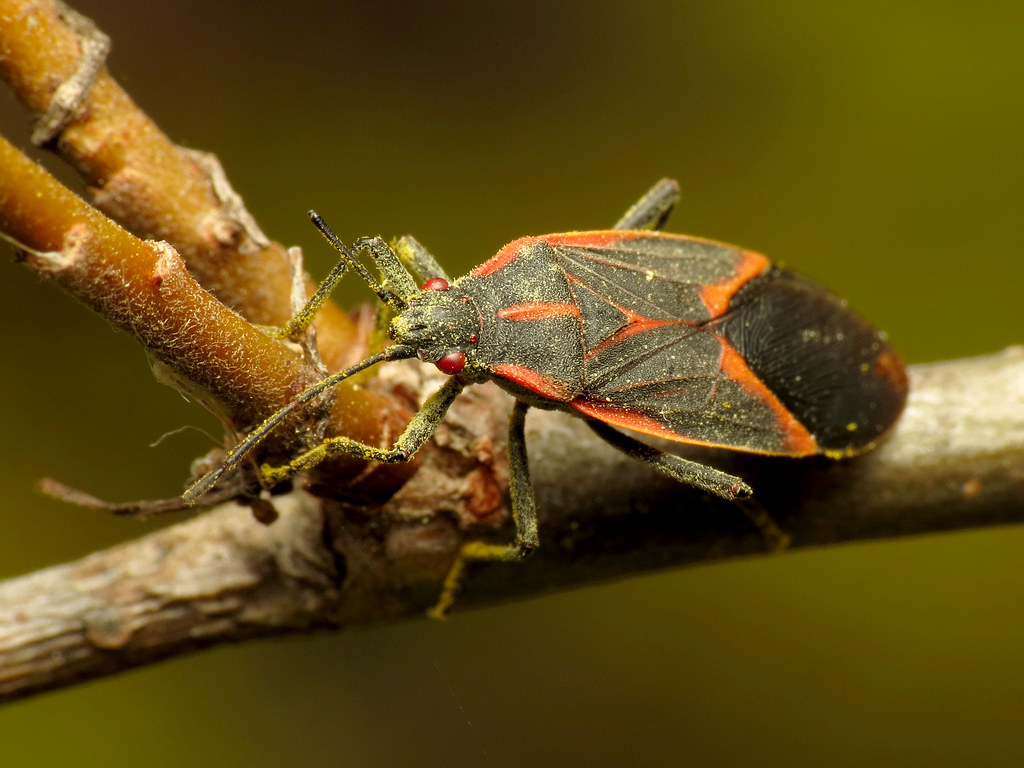 By now, you have probably seen a lot of bugs around your Birmingham, Michigan, house. Boxelder bugs are just one of the bugs you might see this summer. While one or two boxelder bugs might not be a big deal, they can quickly become a problem.

What is a Boxelder Bug?

A boxelder bug is a long, flat bug that has red marks. They are most often found in the Western portion of the United States, but can also have large populations in the Midwest, and right here in Birmingham, Michigan.

The biggest problem with Boxelder bugs is that they don’t remain on the Boxelder tree. Instead, they can become problematic as they find their way indoors during colder weather. They can also be very difficult to get rid of because of their durable shells. In fact, you might even see them during the freezing cold winter.

Fortunately, there are things that you can do to prevent a boxelder bug infestation. The following tips can help you prevent an infestation:

If you notice any signs of a boxelder infestation in your home, you will want to have a professional look at it as soon as possible. You might notice an increase in boxelder bugs or red stains on drapes, curtains, and etc.

If you have had a problem with boxelder bugs in the past, then it can be useful to prepare for their entrance now. In just a few months, the weather will begin to get cold again and bugs will look for a way inside. Let us help you stop them from entering your house.

Getting Rid of Your Birmingham, MI, Boxelder Bugs

Once you have identified a boxelder infestation in your Birmingham home, then it is time to take action to remove them. It is important to take care when removing box elders from your house.

It is crucial to get rid of them properly the first time. When spring comes back around, they will find their way back to their interior structure. An effective boxelder pest control service also requires that you repair the entrance point. This stops additional boxelder bugs, or other types of insects, from entering your house.

Whether you are dealing with boxelder bugs, spiders, or flies, Pest-Ez East is here to help you with effective, eco-friendly pest control services. Call one of our experts today at (248) 820-3057 to take control of your Birmingham boxelder bug problem. We offer reliable pest control services to Detroit, Royal Oak, Livonia, Troy, and all throughout Wayne County.

Mice could look tiny and harmless. However, they could cause extreme damage to homes. Here is everything you need to know about them, and some mice removal tips that work.
Read More...

3 Signs That You Have a Rodent Infestation

Mice are the lowliest of creatures and the most abhorred. Mice infestations are never fun, unless you are a rodent lover, which most are not. As a homeowner or even a renter, having a mouse infestation is costly. American households spend a whopping $6.5 billion on pest eradication services and have nearly 20,000 pest experts to choose from.
Read More...

How to Identify Bed Bugs In Your House

Identifying the existence of bed bugs in your Livonia, Michigan, home is one of the first steps to take to get rid of them. At Pest-Ez East, we have proven solutions to rid your house of bed bugs.
Read More...

Do You Have a Michigan Termite Problem?

Termites can cause a lot of damage, quickly. This article will assist you in determining whether or not you have a termite problem and provide you with tips on how to get rid of it.
Read More...

Benefits of Hiring an Exterminator

Before calling a pest control service into your home, it’s essential to make sure that it’s suitable for you.
Read More...

Just a few signs that might mean that you need pest control services in the Livonia, Michigan, area.
Read More...

There are a few reasons to consider a routine ongoing pest maintenance program.
Read More...

What You Should Do Before Hiring a Pest Exterminator

Pests are one of the most annoying invaders in a home, and they can get worse if you do not take fast action. They can cause discomfort, carry disease-causing pathogens, and cause damage to your property all at the same time. Because of that, you should have a pest exterminator on the dial to help you when these uninvited visitors strike.
Read More...

Tips on how to choose a Royal Oak Pest Control expert.
Read More...

Your Guide to Livonia Ants

A guide for homeowners in the Livonia, Michigan, area on how to identify an ant problem and get rid of it.
Read More...

No homeowner or resident ever wants to deal with a dangerous outbreak of bed bugs. But unfortunately, they can happen all across the country to any random individual or family. When it does happen, you want a qualified individual to irradiate the issue almost immediately. But with so many pest exterminators and pest control specialists in the area—the United States currently has 27,000 different businesses operating at the moment— it can be overwhelming to try and narrow it down.
Read More...

Three Pests That You Should Have Handled By Professionals

We all want to believe that our homes are as clean as they look -- but no matter how much you scrub, and no matter how old or new your home is, there are some things that are out of your control. Vermin can be the bane of a homeowner's...
Read More...

Why Pest Control Services are Important in the Fall Months

A few reasons why pest control is important during the fall and winter months in the Detroit, Michigan, area.
Read More...

Getting Rid of Your Royal Oak Moles

Guide to getting rid of your moles in Royal Oak, Michigan.
Read More...

Everything You Want to Know About Livonia Mosquitoes

Get rid of your mosquitoes in your Livonia, Michigan, house.
Read More...

What Kind Of Damage Do Mice And Rats Cause?

Since few people understand just what a mice or rat infestation in their home means, let's take a look at some of the damage they can cause.
Read More...

If you're dealing with pests in your home, you're not alone. In fact, the U.S. spends up to $6.5 billion on pest control services every year and more than 18,000 companies present their pest removal services to the public.
Read More...

Do You Have a Michigan Woodchuck Problem?

If you have a woodchuck problem in Michigan, you risk expensive damage to your house. The experts at Pest-Ez East will remove woodchucks in a humane way.
Read More...

With a wide variety of pest control services available today, it can be hard to make the right choice. Here are some tips to help you make the best decision.
Read More...
Page: 12 - All
Pest-Free Discounts
Senior & Military Discounts Available. Call for Details!
Contact Us
Check Out What Some of Our Customers Are Saying!